To provide unique expertise and specialized testing of exceptional quality for extraordinary species and environments.

ZooQuatic Laboratory LLC is an old lab with a new name. In 1991, Jill Arnold, a certified medical technician, and Brent Whitaker, an exotic/aquatic animal veterinarian, created a water and clinical pathology laboratory at the National Aquarium in Baltimore to support the care of all fish, reptiles, birds, amphibians, invertebrates and mammals. The early days were spent in the field collecting blood and other samples from wild animals to establish “normal” values. In 2000, the laboratory relocated to the University of Maryland’s Institute of Marine and Environmental Technology. Here we work closely with world renowned scientists in the development of new and innovative technologies and techniques. Today you can collect and fix small quantities of blood from almost any animal enabling you to get a CBC weeks later with no sample degradation. This simple technique is especially helpful in field research. On October 1, 2018, Jill and Brent launched ZooQuatic Laboratory LLC, a commercial laboratory that continues to support the National Aquarium and The University of Maryland’s Animal Research Center while providing our services to zoos, aquariums, universities, researchers and others needing accurate and affordable water and clin path testing. 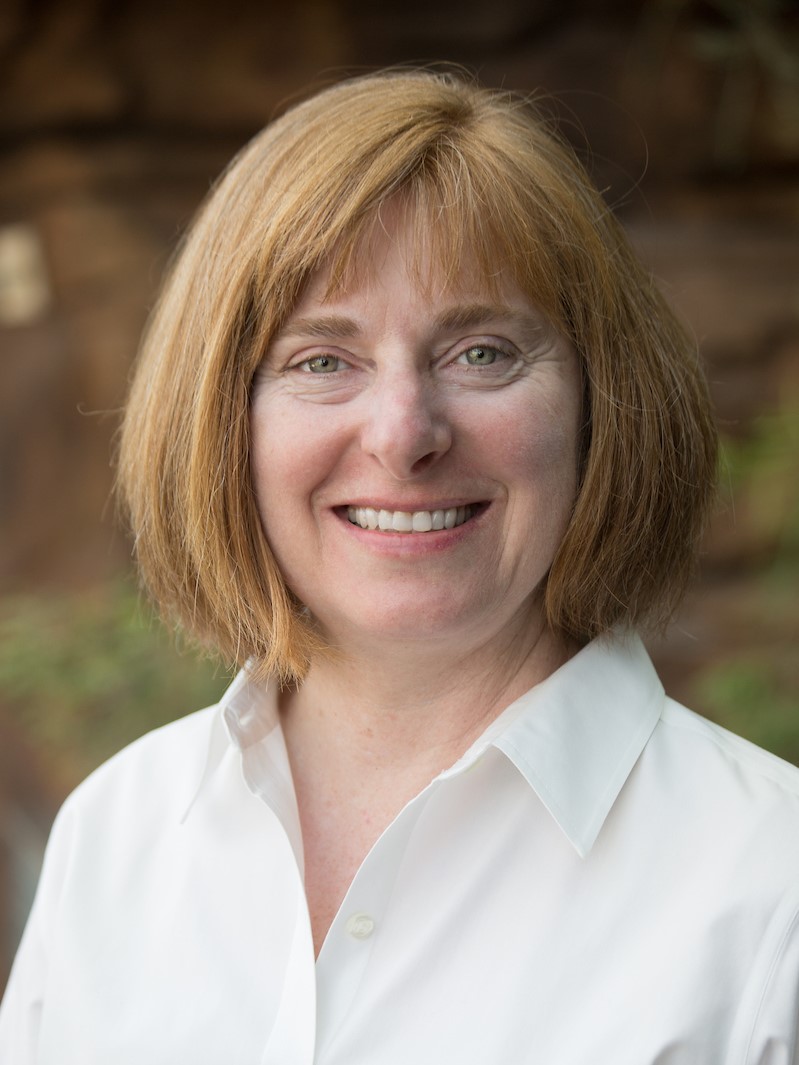 I studied animal science and biology at Purdue University while working part-time in a veterinary hospital in my home town of Fort Wayne, IN. After graduation, I completed a 12-month internship at Parkview Memorial Hospital and obtained my medical technology certification. I was very fortunate to be chosen as an intern in the pathology department at the Smithsonian’s National Zoo where I spent an amazing year in Dr. Montali’s lab, and then I was off to learn about aquatic animals at the National Aquarium. After spending many hours deciphering elasmobranch blood smears, I opted to do a master’s degree in biomedical research at University of Maryland where my thesis topic was standardizing complete blood cell counts for sharks. I have had the privilege of applying the skills I learned in medical laboratory science to the challenging field of aquatic animal health. I love all aspects of the lab and am especially interested in hematology of fish and elasmobranchs. After managing the clinical and water chemistry laboratories at the National Aquarium for over 20 years, Dr. Brent Whitaker and I set up ZooQuatic Laboratory in October 2018, which is the former Aquarium’s lab and staff now operated as an independent company. In addition to my duties in the laboratory, I enjoy teaching hematology workshops. I also serve as Secretary for the Quality Assurance for Laboratory Standards Committee for the American Society for Veterinary Clinical Pathology and have been a member of this committee for 12 years. When I’m not working or fishing for blood samples, I enjoy hiking with my husband and dogs.

As a kid, I trekked through fields and streams from Maryland to Maine, turning over every rock and looking under every log to see what creatures lived there. After studying biology at the Colorado College, I worked as a technician in the Environmental Systems Lab at Woods Hole Oceanographic Institution. It was there that I saw my first Aquavet student and decided I had found my future. I was going to be a veterinarian that specialized in aquatic animals and environments. I left the Northeast and headed to the University of Florida where I received my Master of Science degree in aquatic toxicology (1986) and a Doctorate in Veterinary Medicine (1988). I became the Aquavet student in 1987. After a year in a small animal private practice, I joined the National Aquarium as their first full-time staff veterinarian and 2 years later I became the Director of Animal Health leading a newly created veterinary medical team. In 2005, I was appointed to lead their Animal Science and Welfare which included husbandry, veterinary medical, laboratory, marine animal rescue, dolphin discovery, and research programs. Together with a staff of 80+ individuals we ensured the health and welfare of over 20,000 animals and provided memorable experiences for all visitors to the National Aquarium. Last October, after 28 years with the National Aquarium, Jill Arnold and I created ZooQuatic Laboratory, an independent company operated by former Aquarium lab staff, that now serves all zoos, aquariums, specialty practices, and individuals. When not at the lab, one can usually find me practicing aquatic animal medicine and working with zebrafish at the University of Maryland, or at a local animal rescue shelter performing surgery and providing care. 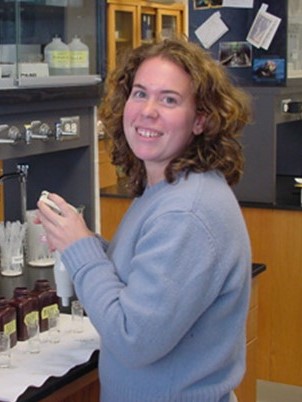 After graduating from the University of New Hampshire with a degree in Marine and Freshwater Biology, Kim followed the advice of a neighbor and started volunteering at the National Aquarium in Baltimore to gain experience as most job interviews were asking the same thing- "what have you done other than school?" During her volunteer time, Kim was responsible for taking dissolved oxygen measurements in the larger systems as well as monitoring general water quality. An opportunity presented itself and Kim was hired on full time as a water quality technician. Projects ranged from monitoring pH levels of concrete samples used in the Amazon River Forest exhibit to bacteria cycling in seahorse and frog exhibits. Over her 19 year career at National Aquarium she says "there was never a dull day. You never knew what the samples were going to show for water quality values." ZooQuatic Laboratory formed and Kim joined the group as the primary analyst for water samples. "I'm looking forward to working with various institutions in looking closely at their water quality." In her spare time, Kim enjoys outdoor adventures with her two children and husband. 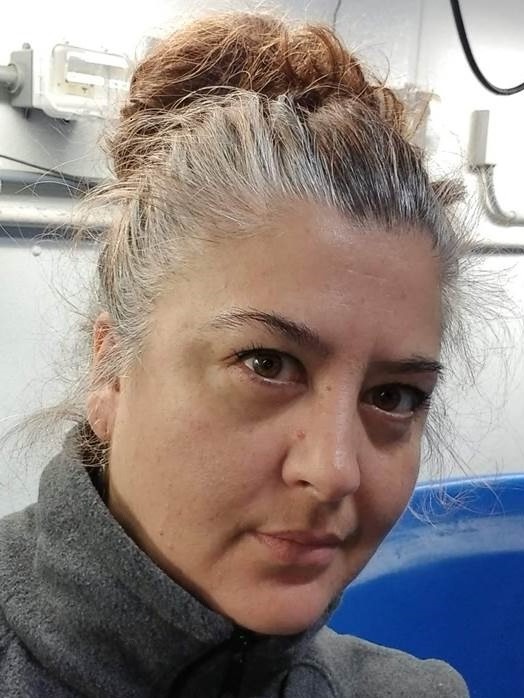 A Massachusetts native, Pilar began her career at the New England Aquarium in Boston as a volunteer with the Marine Mammals Dept. helping to care for their colony of sea lions. She then left the East Coast for a time to explore other opportunities, among which were a brief stint at the Wildlife Waystation, an exotic animal and wildlife sanctuary in southern California and a few years rehabilitating bald eagles and other birds of prey at the Alaska Raptor Center in Sitka, Alaska. She returned home to Boston and to the New England Aquarium, where she spent almost ten years, first in the Penguins and Marine Animal Rescue & Rehabilitation Depts., and then in the Animal Health Dept. where she became a Senior Biologist. She left Central Wharf in Boston to attend graduate school and earned her Master’s degree studying fish disease and immunology at the University of Rhode Island, focusing on bacterial disease in summer flounder. She later relocated to Maryland with her family and ultimately joined Jill Arnold in the clinical lab at the National Aquarium in Baltimore. It was there that she truly found her professional passion and, to that end, recently completed her Certificate in Medical Laboratory Science at The George Washington University. The opportunity to develop expertise in aquarium and zoo animal clinical laboratory science has been rewarding for her and ZooQuatic Laboratory represents an exciting new space to expand on the critical work Jill originally began at the National Aquarium. Pilar has particular interest in teleost and invertebrate hematology, but embraces all subject areas in the lab. She is proud to support the work of animal health and husbandry professionals who are committed to providing the best care possible to the animals they serve.